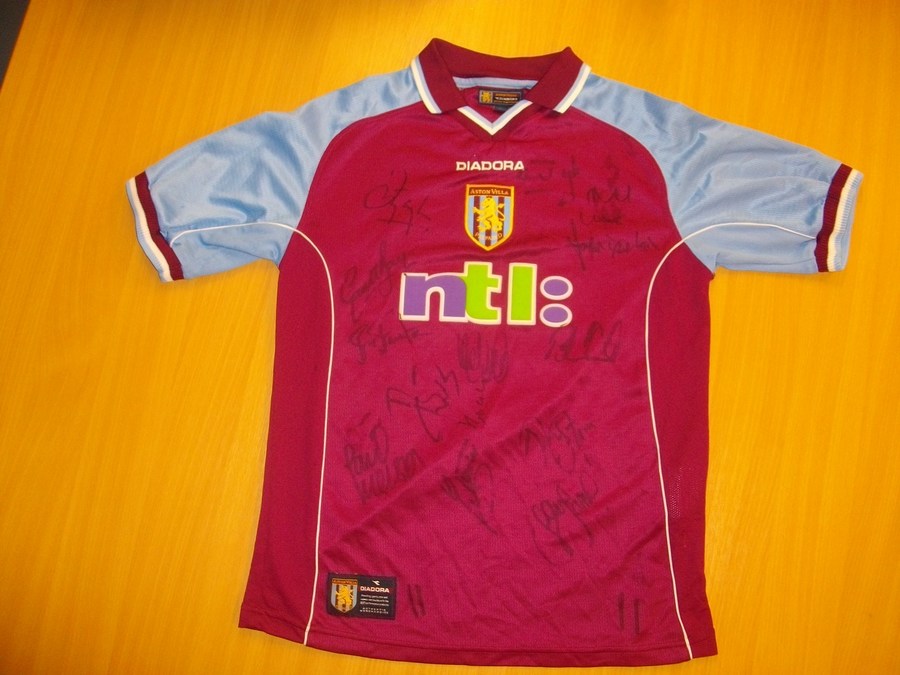 We were shocked and thrilled when the school's Villa shirt collection was boosted by the addition of a signed shirt from the 2000 - 2001 season.
Temporary school dinner lady, Carol Paul heard about our close connection with Villa and felt that her son, Neil's favourite boyhood item would be appreciated by our children.

How right she was!

The vintage Diadora / NTL shirt looks like new and certainly has a style which wouldn't be out of place nowadays.

We thank Carol and her family so much for their thoughtfulness and promise to take great care of this classic shirt.

2000-2001 won't be remembered as a vintage year for Villa: early defeats in the League Cup and FA cup were followed by an 8th place finish in the league.
The first four clubs were: Man. Utd., Arsenal, Liverpool and Leeds Utd.
The three clubs relegated were all "cities": Manchester, Coventry and Bradford.

In spite of this, we think the squad list is well worth reading as there are many influential / legendary names listed. We must be honest and say that we have been able to identify a small number of autographs. The shirt gets 10 out of 10 but players' handwriting merits a not-so-legendary "could do better"!